South Africa is a member of the Global Forum on Transparency and Exchange of Information for Tax Purposes. It has been confirmed that South Africa has undertaken to exchange information automatically in relation to new accounts and pre-existing individual high value accounts by the end of September 2017.

South Africa has concluded a large number of double taxation agreements with trading partners, which allows for the exchange of information in terms of those agreements. 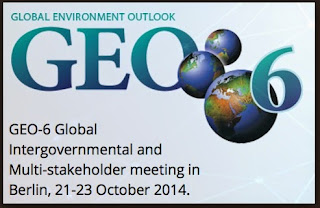 The Competent Authority Agreement is a multilateral framework agreement, such that the subsequent bilateral exchanges will take effect between those countries which file the subsequent notifications under section 7 of the agreement. Furthermore, the agreement sets out the particulars of what information will be exchanged, as well as the timing thereof.

As indicated above, section 2 of the agreement sets out in greater detail the information which countries are required to exchange automatically.

Under the agreement, South Africa will be required to exchange information regarding so-called “reportable accounts” of another jurisdiction which comprises financial accounts maintained by a reporting financial institution which has been identified as an account which is held by one or more persons that are reportable persons in relation to another country.

Information which South Africa will be required to exchange with other countries under the agreement is as follows:

Under section 3 of the agreement, the information is required to be exchanged automatically within nine months after the end of the calendar year to which the information relates.

For South Africa to comply with its obligations under the Multilateral Convention and indeed the Multilateral Competent Authority Agreement, it will require substantial information from the financial institutions in the country regarding accounts linked to persons resident in other countries.

Under the provisions of section 26 of the Tax Administration Act No. 28 of 2011 (“TAA”) the Commissioner may issue public notices requiring financial institutions to submit returns to SARS reflecting detailed financial information.

The OECD has indicated that the Global Forum will establish a peer review process whereby ensuring the effective implementation of the automatic exchange of information.

Furthermore, governments who are party to the Multilateral Convention have also undertaken to increase the level of information exchanged upon request by including a requirement that beneficial ownership of all legal entities be made available to tax authorities and capable of being exchanged with treaty partners. This will enable tax authorities to ascertain who owns assets held by companies and trusts located around the world.

The Global Forum has indicated that 89 of its member countries have committed to implement reciprocal exchange of information on financial accounts automatically.

Taxpayers who are in default and have not made full and proper disclosure of their affairs to the South African Revenue Service should utilise the Voluntary Disclosure Programme (“VDP”) enshrined in the TAA thereby ensuring that they can remedy their defaults without facing criminal prosecution and in many cases escaping penalties which would otherwise be payable. It must be remembered that the VDP contained in the TAA is a permanent feature of the law and does not have a date by which taxpayers must apply for relief.

Dr Beric Croome is a Tax executive: Edward Nathan Sonnenbergs Inc. This article first appeared in Business Day, Business Law & Tax Review (May 2015).Image from IISD Please contact me if there are copyright issues relating to use of image.