I was privileged to be invited to be the South African Branch Reporter and also a panelist for "Subject 2: The Practical Protection of Taxpayers' Rights" at the International Fiscal Association's 69th Annual Congress in Basel 2015

IFA BASEL2015 Registration Hall at the Exhibition Centre in the Messeplatz

One of the many "goody bags" from various sponsors of the conference: 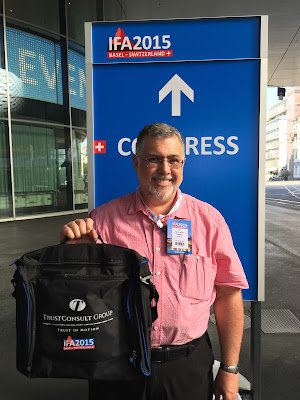 Arriving at the opening function and chatting to Professor Jennifer Roeleveld
of IFA-SouthAfrica,  hosts of the IFA Annual Congress in 2022. 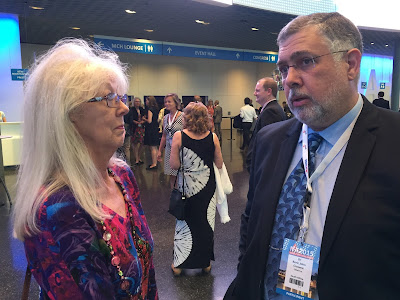 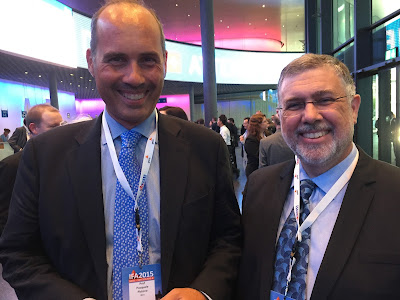 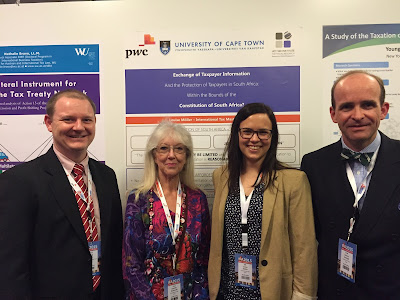 Both IFA-South Africa and Prof Johann Hattingh snapped photos as I was presenting
on the panel for Subject 2: The Practical Protection of Taxpayers' Rights 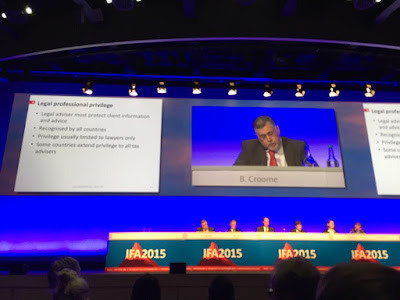 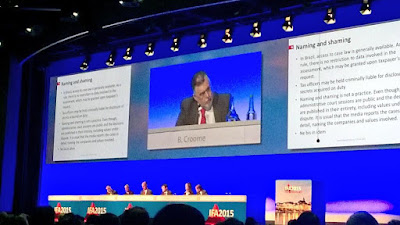 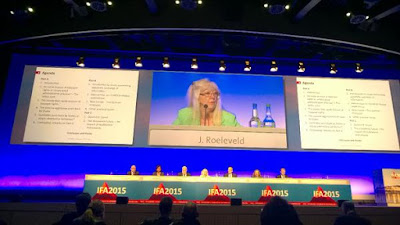 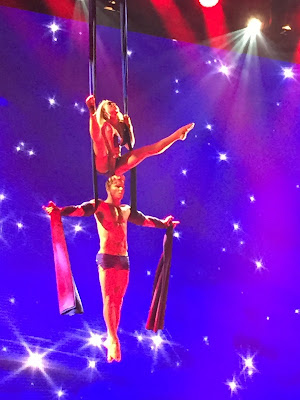 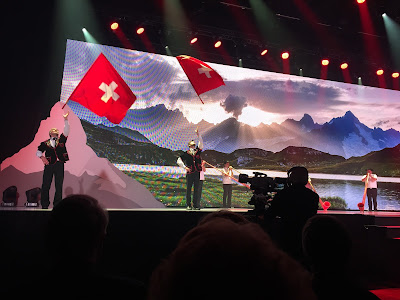 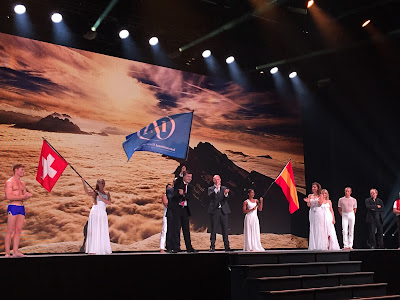 After the congress was over, my wife and I stayed in
the remote mountain village of Pianazzola, Italy 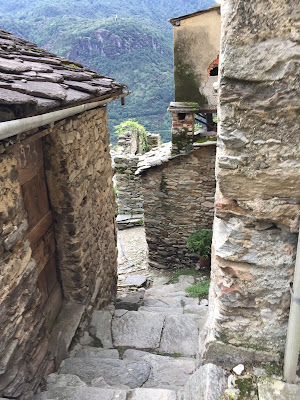 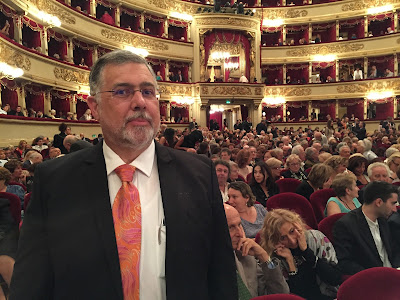 and a visit to Castello Sforza 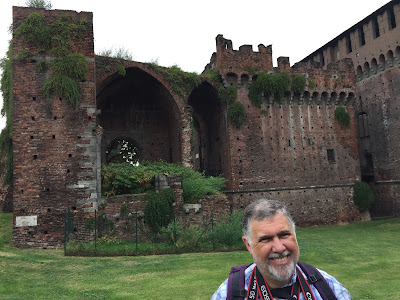 Homeward bound! Waiting in Zurich Airport for flight LX288 to Johannesburg,
the last flight of the day to depart from Zurich. 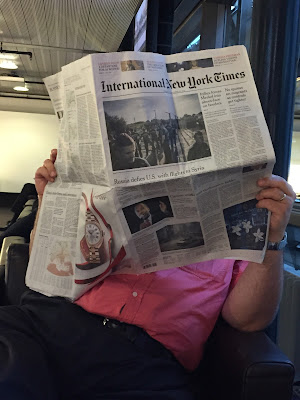 Posted by Beric Croome at 16:14 No comments:

New Release: "a stranger in a strange land" by Judy Croome

The links to purchase it are below the book details.

Aztar Press is proud to announce the release of
"a stranger in a strange land" Judy Croome's latest volume of poetry. 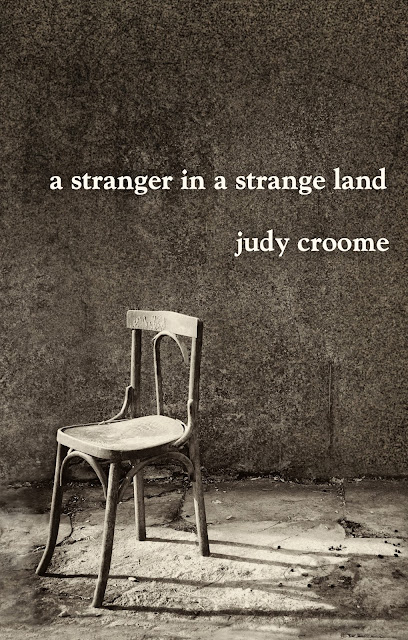 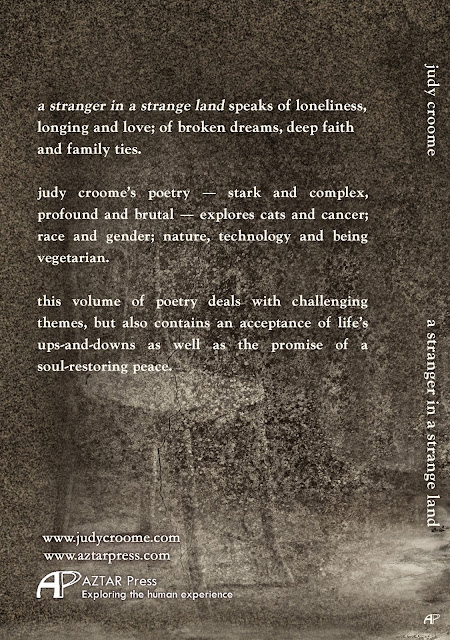 Purchase in South Africa from Loot or directly from Aztar Press.
Purchase internationally from Amazon, Barnes and Noble, Kobo and others.
Posted by Beric Croome at 11:00 No comments:

It must be remembered that under section 102 of the Tax Administration Act, No. 28 of 2011 (“TAA”) the taxpayer must discharge the onus of proof as to whether an amount is exempt from tax or is taxable.

Thus, where a taxpayer is unable to determine the underlying nature of the amount received from a foreign trust, SARS would be fully entitled to regard that amount as normal income fully liable to tax in South Africa.

It would be far preferable if the foreign trustees assisted the South African beneficiary by advising them as to the nature of the amounts comprising the distribution made to the beneficiary so that the tax exposure relating to that distribution can be properly managed.

Where the beneficiary receives a return of trust capital, that clearly will not be taxable on the basis that it is a return of capital which falls outside of the rules taxing capital gains in South Africa imposed under the Eighth Schedule to the Income Tax Act, No. 58 of 1962, as amended (“the Act”).

Thus, where a foreign trust disposes of assets and realises a capital gain thereon in say the 2014 tax year and subsequently awards that gain to the resident beneficiary in the 2015 tax year, that gain will then be taxable as a capital gain in South Africa.

This interpretation is supported by the comments made in the Davis Tax Committee’s Interim Report on Estate Duty, where at page 45 the following is stated:

“However, unlike paragraph 80(3) this provision suffers from deficiency, in that it refers to a capital gain and not to an amount that would have constituted a capital gain had the non-resident trust been a resident. It can thus only apply to the limited range of assets referred to in paragraph 2(1)(b). Consequently, SARS is powerless to subject most gains of a non-resident trust to CGT in the hands of resident beneficiaries when such gains are distributed in the same year of assessment in which they arise.”

Thus, where a foreign trust realises a capital gain, it is in the interests of the South African resident beneficiary that that capital gain is distributed in the same tax year, thereby ensuring that the amount escapes tax in the hands of the beneficiary based on current statutory provisions.

Where, the foreign trust derives income in the form of interest, dividends etc. it is important to know what part of the distribution relates to the different categories of income.

This flows from the provisions of section 25B(2A) of the Act which regulates the tax consequences flowing from distributions received by a resident beneficiary from a foreign trust.

In principle, where the foreign trust derives income and awards that to a resident beneficiary in the same tax year or in a subsequent tax year, the resident beneficiary will need to ascertain the composition of the distribution received so that they can analyse the award into its constituent parts.

Where, for example, the foreign trust receives interest income that will retain its nature and will be taxed as interest in the hands of the beneficiary in South Africa upon receipt, regardless of the fact when that was received, unless it was derived prior to 2001 being the year in which South Africa moved to the worldwide basis of taxation.

Insofar as dividends are concerned, where the foreign trust derives dividends and awards that to a beneficiary the income tax payable thereon will generally not exceed 15% based on the provisions of section 10B of the Act. It would be necessary to consider the particular facts and circumstances of the trust in question.

Where a South African resident beneficiary receives a distribution from a foreign trust and they are unable to identify the constituent parts of that distribution, the full amount would be treated as taxable by SARS.

Those persons who applied for amnesty under the 2003 amnesty legislation were required to accept that the assets owned by the foreign trust were regarded as theirs for income tax and capital gains tax purposes and as and when income is derived by the foreign trust, that will be taxed in the hands of the amnesty applicant.

The Davis Tax Committee has recommended that in future all distributions of foreign trusts be taxed as normal income. This proposal is justified by the Committee on the basis of seeking to discourage the creation of offshore trusts because of the deferral of the tax that a beneficiary obtains through the use of an offshore trust.

However, this proposal does not take account of the fact that many persons applied for amnesty and are paying tax on income generated by foreign trusts as and when derived and should those trusts make distributions, it would be inequitable if those distributions are taxed again as a  result of the proposal contained in the Davis Tax Committee Report. This would constitute double taxation which cannot be justified and it is hoped that this proposal to summarily regard all amounts received from foreign trusts as income will not be accepted.

In conclusion therefore it is contended that trustees of foreign trusts should assist South African tax resident beneficiaries of those trusts by recording the distributions made to the resident beneficiary and the precise nature thereof so that the beneficiary can correctly disclose those amounts for tax purposes.

A further point to consider is that where distributions are received from a foreign trust, that should be disclosed to the exchange control authorities through the normal banking channels, particularly where the distribution is received in South Africa.

Should the beneficiary wish to retain the distribution offshore, they should seek permission from their authorised dealer to do so for exchange control purposes.

Dr Beric Croome is a Tax Executive  at ENSafrica This article first appeared in Business Day, Business Law and Tax Review, September 2015.
Posted by Beric Croome at 07:00 No comments: