In the case of X LLC, case number 13276 heard in February 2015, as yet unreported, the Tax Court had to determine whether X had created a permanent establishment in South Africa, and as a result thereof, was liable to tax in South Africa. The case involved a corporation incorporated in the United States of America and the court therefore had to consider the provisions of the DTA concluded by South Africa and the United States of America.

Article 7(1) of the DTA concluded by SA and the USA provides that the profits of an enterprise of the USA shall  be taxable only in USA, unless that enterprise conducts business in South Africa through a permanent establishment located in South Africa.

Article 5(1) of the DTA in turn provides as follows:

“for the purposes of this Convention, the term ‘permanent establishment’ means a fixed place of business through which the business of an enterprise is wholly or partly carried on.”

In addition thereto, Article 5(2) of the DTA provides that the term ‘permanent establishment’ includes especially-

“(k)          the furnishing of services, including consultancy services, within a contracting state by an enterprise through employees or other personnel engaged by the enterprise for such purposes, but only if activities of that nature continue (for the same or connected project) within that state for a period or periods aggregating more than 183 days in any 12 month period commencing or ending in the taxable year concerned.”

The court had to decide how the DTA should be interpreted and whether it was necessary for X to have met the requirements of both Articles 5(1) and 5(2)(k) of the DTA.

The taxpayer contended that it is necessary that a permanent establishment be created first and only once that has occurred, is it then necessary to take account of the provisions of Article 5(2)(k) of the DTA.

SARS on the other hand, argued that if X fell within the provisions of Article 5(2)(k) a permanent establishment exists and it is not necessary that X met the requirements of Article 5(1) of the DTA.

Vally J in his judgment handed down on 15 May 2015 reached the conclusion that Articles 5(1) and 5(2)(k) cannot be read disjunctively. He expressed the view that as a result of the usage of the words ‘includes especially’ Article 5(2)(k) of the DTA should be read as specifying those specific activities which will be regarded as creating a permanent establishment in South Africa.

The Tax Court reached the decision that taking account of the number of days spent by X’s staff in South Africa, it met the time requirement specified in Article 5(2)(k) of the DTA and for that reason a permanent establishment had been created in South Africa.

It must be remembered that Article 5(1) of the DTA, in defining a permanent establishment, refers to ‘a fixed place of business through which the business of an enterprise is wholly or partly carried on’.

The court expressed the view that it is not necessary that the non-resident carries out all of its business from the fixed place of business which is established in South Africa.

The court reached the conclusion that a permanent establishment is created where X performs only some of its obligations in terms of a contract concluded with its client, and even if it conducted part of its business from its client’s boardroom.

In assessing X to tax in South Africa, SARS levied tax on the fees derived by X in South Africa, after deducting therefrom attributable expenditure and imposed additional tax of 100% and interest on the underpayment of provisional tax in accordance with section 89quat(2) of the Income Tax Act.

The court reached the decision that the additional tax was not disproportionately punitive and therefore dismissed the appeal against the additional tax. Insofar as the imposition of interest is concerned, the court expressed the view that X should have familiarised itself with the taxation laws of the country within which it conducts its operations, and for that reason it was decided that X had been negligent in not seeking advice regarding the tax consequences of the contract concluded with its client. 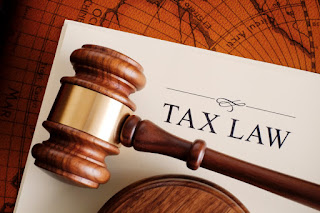 The court therefore came to the conclusion that SARS was correct in imposing interest on the underpayment of provisional tax.

Based on the above case, which admittedly deals with the interpretation of articles contained in the SA and USA DTA, it is important that non-residents rendering services to clients in South Africa must evaluate whether they will create a permanent establishment in South Africa, thereby triggering income tax on the profit attributable to the services rendered in South Africa.

Furthermore, if the non-resident creates an enterprise as envisaged under the provisions of the VAT Act, it would also be necessary to register for VAT purposes, and charge VAT on the fees received from the resident client and pay that to SARS.

It is important therefore that non-resident entities rendering services into South Africa carefully consider how to plan and structure their affairs in South Africa, so that they do not fall foul of the provisions of the Income Tax Act read together with any applicable DTA.