A taxpayer who receives an assessment from the Commissioner: South African Revenue Service with which they do not agree, is entitled to lodge an objection against that assessment and Chapter 9 of the Tax Administration Act, No. 28 of 2011 (“TAA”) sets out the procedures that must be followed.

Taxpayers also need to be mindful of the rules governing objections and appeals promulgated under section 103 of the TAA, which sets out in greater detail the steps to be followed in the objection and appeal process. 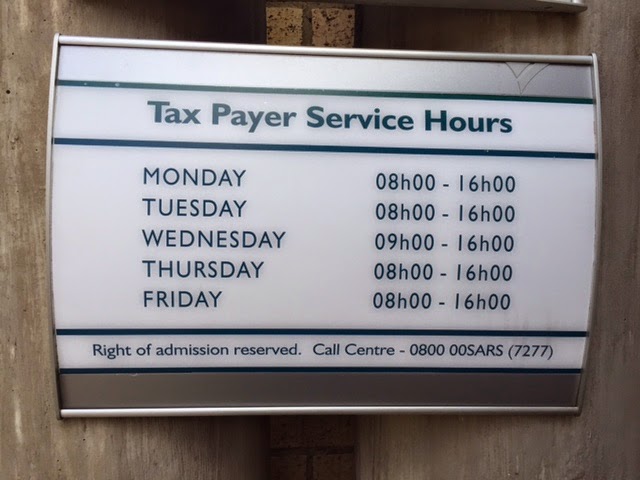 Unfortunately, far too many cases are seen where the Commissioner summarily disallows deductions claimed by taxpayers without supplying any information as to the legal basis on which the deduction was denied.

In these cases the taxpayer is entitled to demand that the Commissioner complies with his statutory obligation to supply the grounds for the assessment in compliance with section 96(2) of the TAA.

According to the SARS’ website, taxpayers need to submit the correct documentation for the objection to be valid. In the case of personal income tax, a notice of objection or form NOO is required to be submitted via e-filing. Corporate income taxpayers are also required to file the objection electronically by using the form NOO.

Where a trust disputes an assessment issued by SARS, it is necessary to complete form ADR1 and submit that either by hand or by email to an appropriate official at SARS. In the case of value-added tax, payroll related taxes and all other taxes , such as donations tax, dividends tax etc. a taxpayer can only file the objection using form ADR1 and is unable to lodge the objection electronically.

Unfortunately, it does not appear that SARS officials are familiar with the procedure set out on the SARS website and officials have often rejected objections on the basis that they are invalid on the grounds that the taxpayer has not used an NOO form in respect of value-added tax or donations tax, secondary tax on companies.

Once the legal position and SARS guidelines are pointed out to SARS officials, a letter of apology is issued and the objection is then acknowledged and confirmed as being properly filed. It is most unfortunate that SARS officials do not appear to be familiar with their own procedures.

The rules regulating the suspension of payment of tax in dispute is not discussed further here, except to point out that too often SARS does not respond timeously or at all to the letters requesting suspension of payment, as a result of the fact that the requests for suspension are not capable of being submitted to SARS electronically and are therefore not properly tracked within SARS’ systems.

Too often taxpayers who have lawfully applied for suspension of payment receive demands for payment or in a worst case scenario, are informed that judgment has been taken against them even though SARS has sat on their request for suspension for many months.

When the taxpayer submits their objection, it is most important that the grounds of the objection are properly considered and fully set out in the letter of objection submitted to the Commissioner.

Under the rules governing objections and appeals, taxpayers also cannot unilaterally add to the grounds of objection without following proper procedures laid down in the rules governing objections and appeals and this applies equally to SARS insofar as its grounds of assessment are concerned.
On 8 December 2014 Rogers J delivered judgment in the case of ABC (Pty) Ltd v Commissioner for SARS,  as yet unreported.

In ABC’s case, the Commissioner submitted an application to the Tax Court for consent to amend its grounds of assessment under rule 10 of the rules which previously governed the objection and appeal process.

The case related to the application or otherwise of section 103(2) of the Income Tax Act, No. 58 of 1962 (“the Act”) and in his Rule 10 Statement, the Commissioner indicated that he was relying not only on the first change in shareholding but also on the subsequent change of shareholding which occurred during November 2003.

These factors were important in determining whether section 103(2) of the Act could apply to the transaction in dispute or not. From a review of the decision of Rogers J, it would appear that the Commissioner informed the taxpayer of the grounds of assessment setting out the basis on which the assessment was issued, without reference to the second change of shareholding and now sought the court’s consent to supplement his grounds of assessment.

The new rules governing objections and appeals took effect on 11 July 2014 and the court indicated that the Commissioner’s Rule 10 Statement was filed at the time that the old rules applied. Rogers J indicated that he was required to establish what could lawfully be contained in a Rule 10 Statement and he reached the conclusion that the coming into force of the new Tax Court rules did not affect that evaluation.

The court referred to the fact that the question as to whether the Commissioner or the taxpayer could introduce new grounds into their Rule 10 and 11 Statements not covered by the earlier steps in the assessment process is not entirely settled in law. In ITC 1843 Claasen J held that the Commissioner and the taxpayer were entitled to depart from their previously stated positions in letters of assessment and letters of disallowance of objection.

Subsequently in HR Computek (Pty) Ltd v The Commissioner for the South African Revenue Service the Supreme Court of Appeal indicated that the taxpayer does not have the freedom of amendment which Claasen J accepted in ITC 1843.

Rogers J reached the conclusion that a distinction should be made between a tax appeal which relates to objective questions of fact and law and tax appeals which relate to the exercise by the Commissioner of discretionary powers. The court analysed section 103(2) of the Act extensively and reviewed the grounds of assessment set out in the Commissioner’s Rule 10 Statement.

The court indicated that the Commissioner cannot support the existing assessment made by the him on the basis of matters on which he was not satisfied when he first issued the assessment in dispute. The court therefore came to the conclusion that the Commissioner’s application to amend its grounds of assessment set out in their Rule 10 Statement should be refused and that the taxpayer’s counter application to strike out those amendments should succeed. The taxpayer in the case of ABC (Pty) Ltd therefore succeeded in preventing SARS from amending its grounds of assessment and also received an order of costs in its favour.