In 2014, twenty years since South Africa became a constitutional democracy , the University of Cape Town marked this milestone since with the "INCOME TAX IN SOUTH AFRICA: THE FIRST 100 YEARS 1914 – 2014" conference.

I was privileged to be part of this special occasion and presented a paper called "The shift to a constitutional democracy in 1994 and the impact thereof on tax law in SA." This paper, together with all the other conference papers, will be published in 2015 by Juta's Law, who also hosted the gala dinner.
You can read a media report on this conference here . You can view the UCT Finance and Tax  conference photo album HERE and the Juta Law's Gala Dinner photo album HERE. Below are some photos from the conference:


Thanks to the University of Cape Town's Professors Jennifer Roeleveld, Craig West and Johann Hattingh for an excellent conference and to Jutas Law Mr Wayne Staples and Ms Melanie Wagner for an entertaining Gala Dinner.
Here are some of the items from the "goody bag" the attendees received: 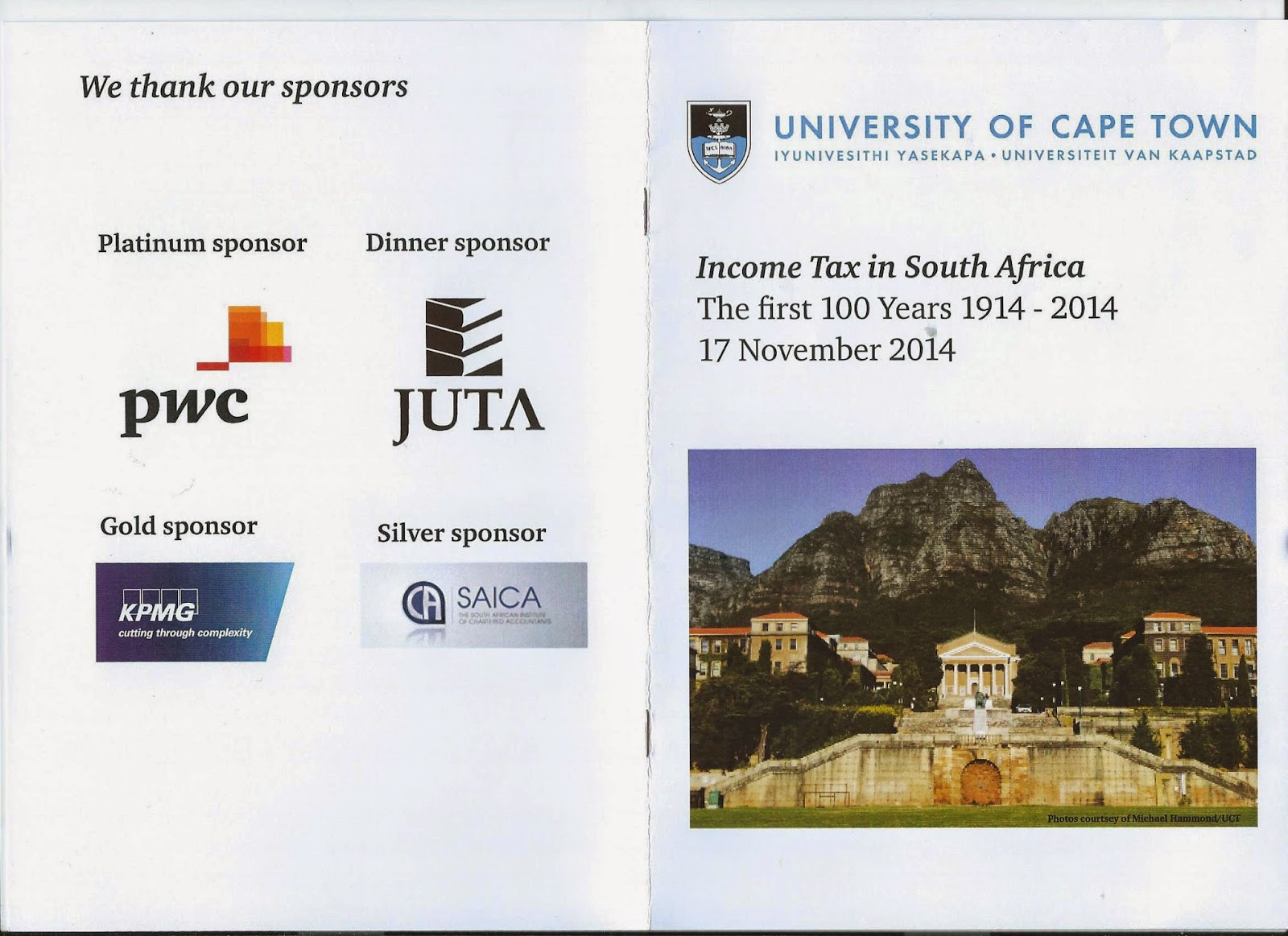 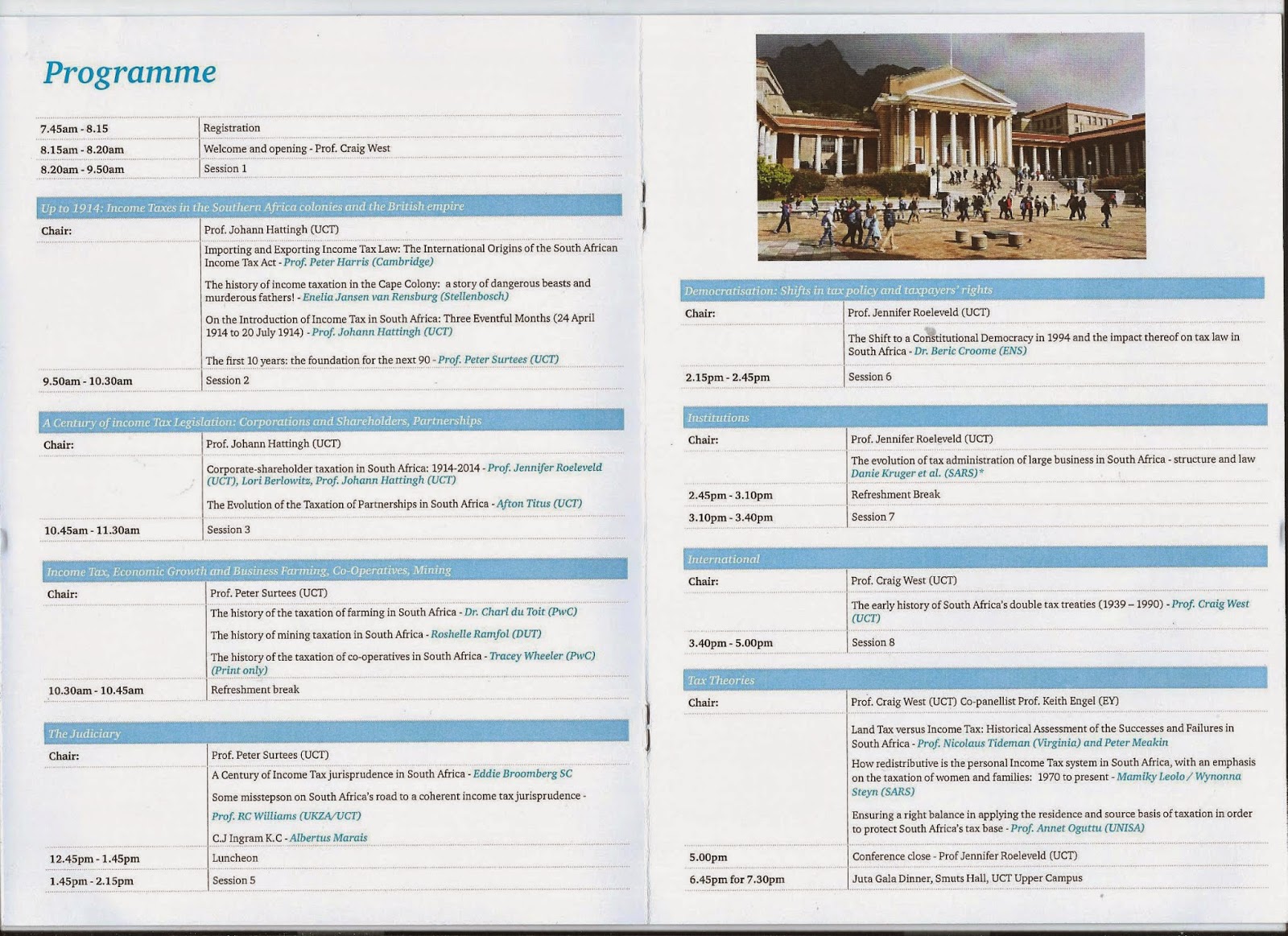 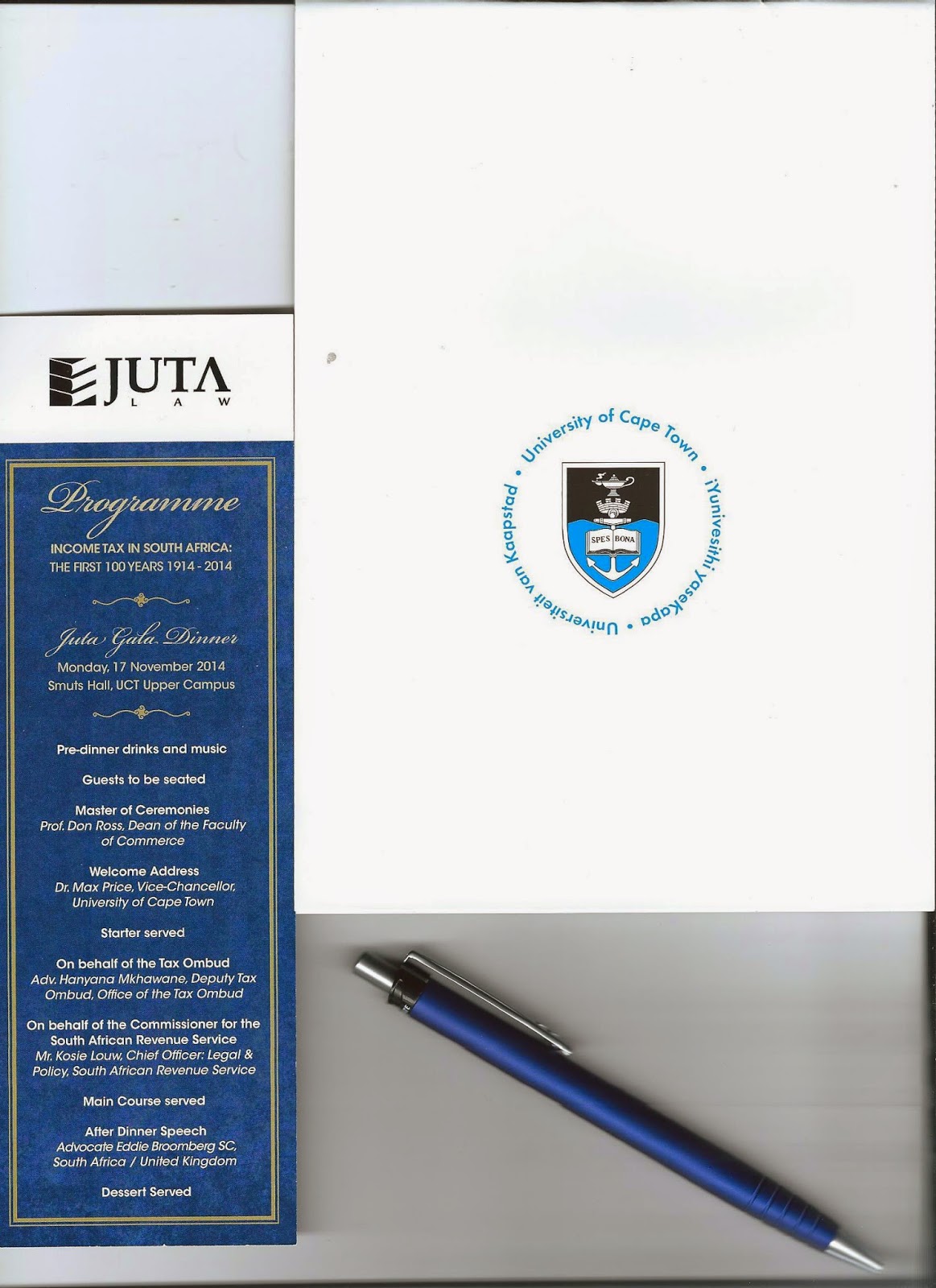