The Tax Administration Act, No 28 of 2011 (‘TAA’), which was promulgated on 4th July 2012, took effect on 1st October 2012, except for certain specific provisions dealing with the imposition of interest payable to the Commissioner: South African Revenue Service by taxpayers, and, also, by the Commissioner to taxpayers.  The rules regulating the payment of interest will be changing, such that, in future, interest will be compounded on a monthly basis, both in respect of interest payable by a taxpayer on the late payment of tax, and, also, in respect of refunds payable by SARS to taxpayers.

Chapter 20 of the TAA contains a number of transitional provisions seeking to ensure the smooth transition from actions which were commenced under the administrative provisions of various fiscal statutes, but which had not yet been completed by 30th September 2012.

Chapter 20 of the TAA provides that any tax number allocated to a taxpayer prior to the TAA taking effect will continue to be applicable until SARS allocates a new number to the taxpayer under the TAA.

Section 259 of the TAA provides that the Minister of Finance must appoint a person as a Tax Ombud within one year of the commencement date of the TAA, namely 1st October 2012.

The National Treasury has indicated that it is intended to appoint a Tax Ombud before the end of this year.

All SARS officials are required to subscribe to an oath or solemn declaration of secrecy, which was previously contained in section 4 of the Income Tax Act, No 58 of 1962 (‘the Act’), or section 6 of the Value-Added Tax Act, No 89 of 1991, as amended.  The fact that those officials may have been administered the oath under another fiscal statute will be regarded as having taken the required oath under section 67(2) of the TAA.

Those persons who were appointed as chairpersons of the Tax Board or members of the Tax Court will continue in office until their appointment is terminated or lapses.

Section 264 of the TAA confirms that those rules of the Tax Court issued under another tax act prior to the commencement of the TAA, will continue in force as if they were issued under section 103 of the TAA.  It is envisaged that the rules governing objections and appeals will be reviewed after SARS has followed a consultative process, where after those rules will be promulgated under the TAA.

Section 270 of the TAA provides that the TAA applies to an act, omission or proceeding taken, occurring or instituted before the commencement date of the TAA, but without prejudice to the action taken or proceedings conducted before the commencement date of the comparable provisions of the TAA.  This section, therefore, seeks to ensure that those actions commenced prior to the TAA and not yet completed by the date of its commencement, must be continued and concluded under the provisions of the TAA as if taken or instituted under the TAA itself.

The TAA envisages various notices being published in the Government Gazette dealing with certain aspects of the TAA.  Thus far, four public notices have been gazetted under the provisions of the TAA. 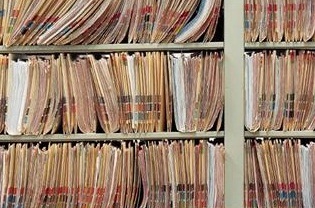 Section 30 of the TAA sets out the manner in which records, books and account documents referred to in section 29 of the Act, must be kept or retained.

The TAA requires that records are kept in the original form, in an orderly fashion, and in a safe place, or, where retained in electronic form, in the manner to be prescribed by the Commissioner in a public notice, or in a form specifically authorised by a senior SARS official in terms of section 30(2) of the Act.

Rule 3.2 of the public notice defines an “acceptable electronic form” as a form in which the integrity of the electronic record satisfies the standard contained in section 14 of the Electronic Communications and Transactions Act.

Furthermore, it is required that the person required to keep records is able to, within a reasonable period when called on by SARS, to provide SARS with an electronic copy of the records, in a format that SARS is able to readily access, read and analyse, or to send the records to SARS in an electronic form that is readily accessible by SARS, or to provide SARS with a paper copy of those records.

Rule 4 of the public notice requires that the records retained in electronic form must be kept and maintained at a place physically located in South Africa.  Thus, the electronic documents may not be retained outside of the country without SARS’ consent.

The notice states that a senior SARS official may authorise a person to keep records in an electronic form outside of South Africa where that official is satisfied that the electronic system used by that person will be accessible from the person’s physical address in South Africa for the duration of the period that the person is obliged to keep and retain records under the TAA.  Furthermore, the locality where the records are proposed to be kept will not affect access to the electronic records themselves.

In addition, the rules require that there is an international tax agreement for reciprocal assistance in the administration of taxes in place between the country in which the person proposes to keep the electronic records and South Africa.

Furthermore, the form in which the records are to be kept satisfies all the requirements of the rules contained in the public notice, apart from the issue of the physical locality of the storage of those records, and, importantly, that the person concerned will be able to provide SARS with an acceptable electronic form of the records on request, within a reasonable period.

Rule 6 of the public notice places a requirement on persons who keep records in an electronic format to ensure that measures are taken for the adequate storage of the electronic records for the duration of the period referred to in section 29 of the Act.  It is necessary to store all electronic signatures, login codes, keys, passwords or certificates required to access the electronic records, and the procedures to obtain full access to any electronic records that are encrypted.

Government Notice No 788, also issued on 1st October 2012, sets out the form and manner of a report to be submitted by SARS to a taxpayer on the stage of completion of an audit, in terms of section 42(1) of the TAA.  It must be remembered that, in accordance with the TAA, a taxpayer is required to be advised as to the status or progress in an audit conducted on their affairs by SARS, which is an improvement in that the Act did not contain any such provision.

Under rule 2 of this public notice, a SARS official responsible for an audit instituted before but not completed by the commencement date of the TAA, or instituted on or after its commencement date, must provide the taxpayer subject to audit with a report indicating the stage of completion of the audit.

Where SARS instituted an audit on or after the TAA commencement date, the report must be submitted within 90 days of the start of the audit and within 90 day intervals thereafter, until the audit is concluded by SARS.

Unfortunately, in the past, it happened too often that taxpayers were subjected to an audit and would hear nothing from SARS for a long period of time, and then, suddenly, be requested to supply information within a very short period.

The new provisions contained in the TAA should alleviate this from happening in future.

INTERVIEWS BY SARS AND TRAVELLING DISTANCE

Government Notice No 789 was issued pursuant to section 47(4) of the TAA, which deals with the distance to be taken account of in determining whether a person may lawfully decline to attend an interview with SARS.

This public notice prescribes that a person other than a person described in section 211(3)(a),(b) and (c) of the TAA may decline to attend an interview where that person is required to travel more than 200kms between the place designated in the notice and their usual place of business or residence and back.

Where the person described falls within section 211(3)(a),(b) and (c)of the Act, the distance is increased to 2500kms, and that relates to companies listed on a recognised stock exchange, a company whose gross receipts or accruals for the preceding tax year exceed R500 million, or a company that forms part of a group of companies of either of the aforementioned entities.

Government Notice No 790 was issued pursuant to section 210(2) of the TAA, which deals with the imposition of a fixed-amount penalty under the TAA.  Rule 2 of that public notice provides that failure by a natural person to submit an income tax return as and when required under the Income Tax Act, for years of assessment commencing on or after 1st march 2006, where that person has two or more outstanding income tax returns for such year of assessment, will be liable to the fixed-amount penalty as envisaged in section 211 of the TAA.

From a review of the TAA, it would appear that other public notices remain to be issued, particularly those dealing with the following sections:

Taxpayers will need to familiarise themselves with the provisions of the TAA and the documents published by SARS to obtain a better understanding of how the TAA impacts on their obligations so as to comply with the fiscal statutes of the country.

This article first appeared in Tax ENSight, October 2012
Posted by Beric Croome at 21:15